Ya, that's a serious post title. Because internet is serious business. How serious? This serious. That's some next level Skynet shit right there. And to protect such a lucrative environment, the big G leaves no stone unturned when rooting out undesirables like carders, fraudsters, black hat SEOs and Romney supporters... 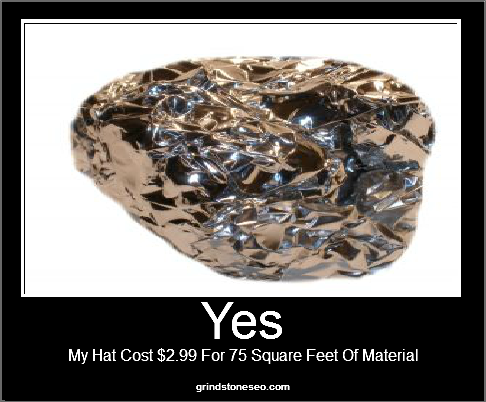 joking on the last one but holy shit my twitter feed was polarized election night, I'm not sure how Obama's economic "plan" fits in with increasing big technology bottom lines and stock holder happiness but Silicon Valley must know something  I don't, I've never seen so many "big business" peeps fervently endorsing the most anti-big business President since Carter.

**Grind, WTF? Politics? We're not here to read your tinfoil hat ramblings on politics...only SEO and (not so) funny jokes...stay on task please.**

Sorry weird scary voice in my head that talks to me in super bold italic typefaces, I'll try not let it happen again.

Guest blogging. Panda hit. Penguin hit. Everyone freaked out even though they understood very little of what was going on (just like G wants it) and shouted the tiniest bit of correlation as CAUSATION from their blogs at Spinal Tap This One Goes To Eleven volumes, which led everyone else to repeat it. Once it had been blogged enough times, it was just fact. Simply was. Disregard the minor issue that trying to hit a moving target like the G algorithm is akin to skeet shooting blindfolded while riding the tilt-a-whirl at your local carnival after snorting bath salts with two carnies and the guy who cleans up the elephant poop....

And the internet was automagically fixed for everyone, everyone's user experience shot through the roof, Bing and Yahoo faded into non-existence and G stock prices reached record highs, Dom bottles were popped, people were flying like a G6...oh wait, that's not quite what happened is it? No, it's not. Let's try that again. Guest blogging was safe, guest blogging was what G wanted to see, so "white hats" guest blogged and hoped to regain their Panda (even tho it was really Penguin) slapped rankings, grey hats automated guest blogging outreach, black hats built guest blogging platforms and then.... 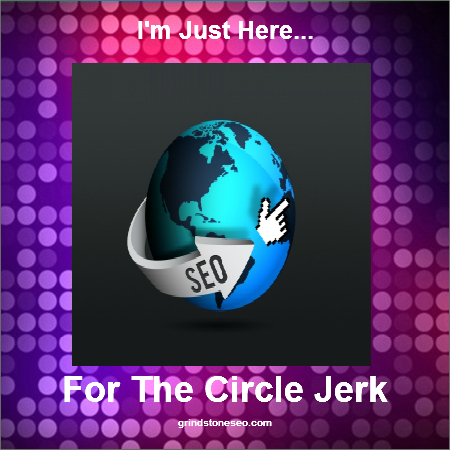 The same shitty fucking content that nobody wants to read on your blog is spread all over the blogoshere. Yay, user experience. Yay, eyeball retention. Yay, ad displays. Yay, revenue. Yay, stockholders.  Right now heads in Mtn View are nodding, "That fucking Grind, he sees behind the curtain sometimes. Think we should remove him like we did Osama?" I'm kidding bros...call off the pro's...please?

If it didn't, you wouldn't have to post it all over to get it noticed. If it was actually original and engaging, if it was worth reading, people would come seek it out on their own, it would get linked to naturally and shared socially (click them social share links bros, I'm tired of eating Vegetable Ramen), in short,  it would become legendary.

Posting shit content on multiple sites just spreads the ecoli from the toilet all over the bathroom. And that subsequently forces G to hire more maids to clean this shitty mess up. Endless shite cycle ensues. Why? Writing really high quality content is hard, it takes time, and there's no way most people can create enough engaging content worth sharing over a multitude of  "guest blogging" opportunities.

Sure, the big media boys with content departments and tons of interns can do whatever they want, but really, the high quality shit being published on the web right now is done by hard core total immersion specialists, the guys and gals who live and breathe their niches (anal bleaching anyone?) and would be writing about it even if it wasn't better money than flipping burgers or street corner begging. Some CMO-Content Marketing suit and their team isn't going to be able to produce the quality engaging material that someone who absolutely loves the topic is capable of sharing with their readers. And if you don't believe me that guest blogging has jumped the shark, Matt was forced to address it in a GWH video (pretty much the death sentence of misdirection for any technique).

So, down with guest blogging, up with link begging....oh, and if anybody wants me to guest post on their site, email me!